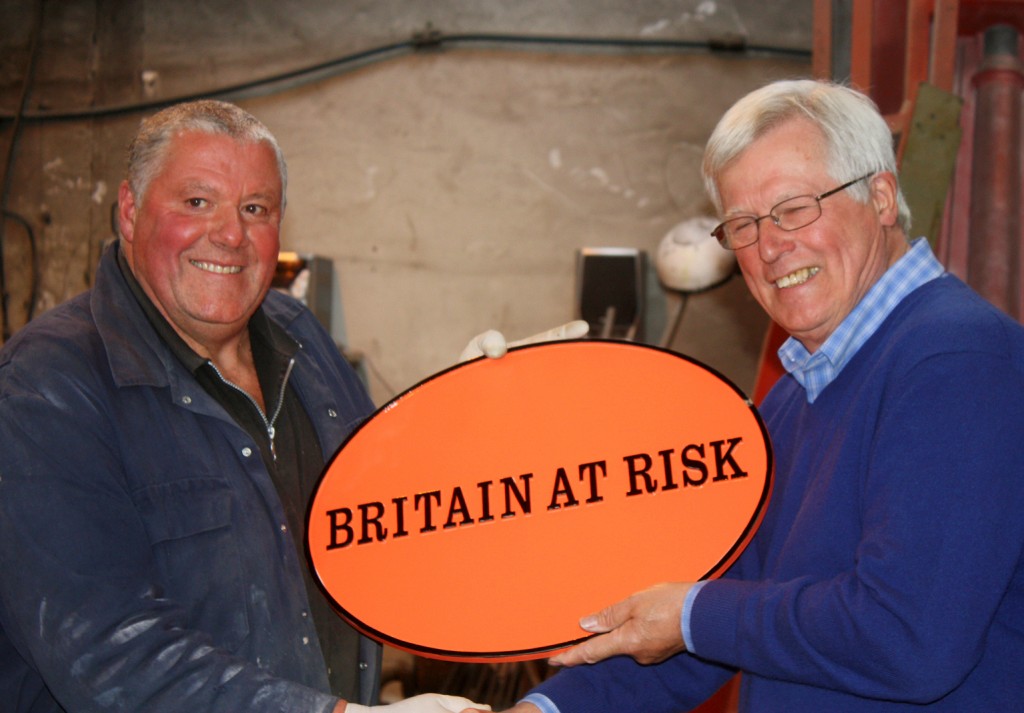 Today we had a visit from John Craven (of ‘Newsround’ & ‘Countryfile’) with a small production crew to do a feature on us for a new BBC2 series ‘Britain at Risk’.

The series, to be shown from Feb 2012 onwards, isn’t about inner city riots or the plunging stock market but the many threats to all kinds of heritage building and the surviving small manufacturers and craftspeople involved in traditional skilled work. John moulded a sign and helped to cast it.

Once filming was finished, Steve Thorpe, our foundry foreman, presented John Craven with ‘one we’d made earlier’.